The Temptation of Brother Thomas 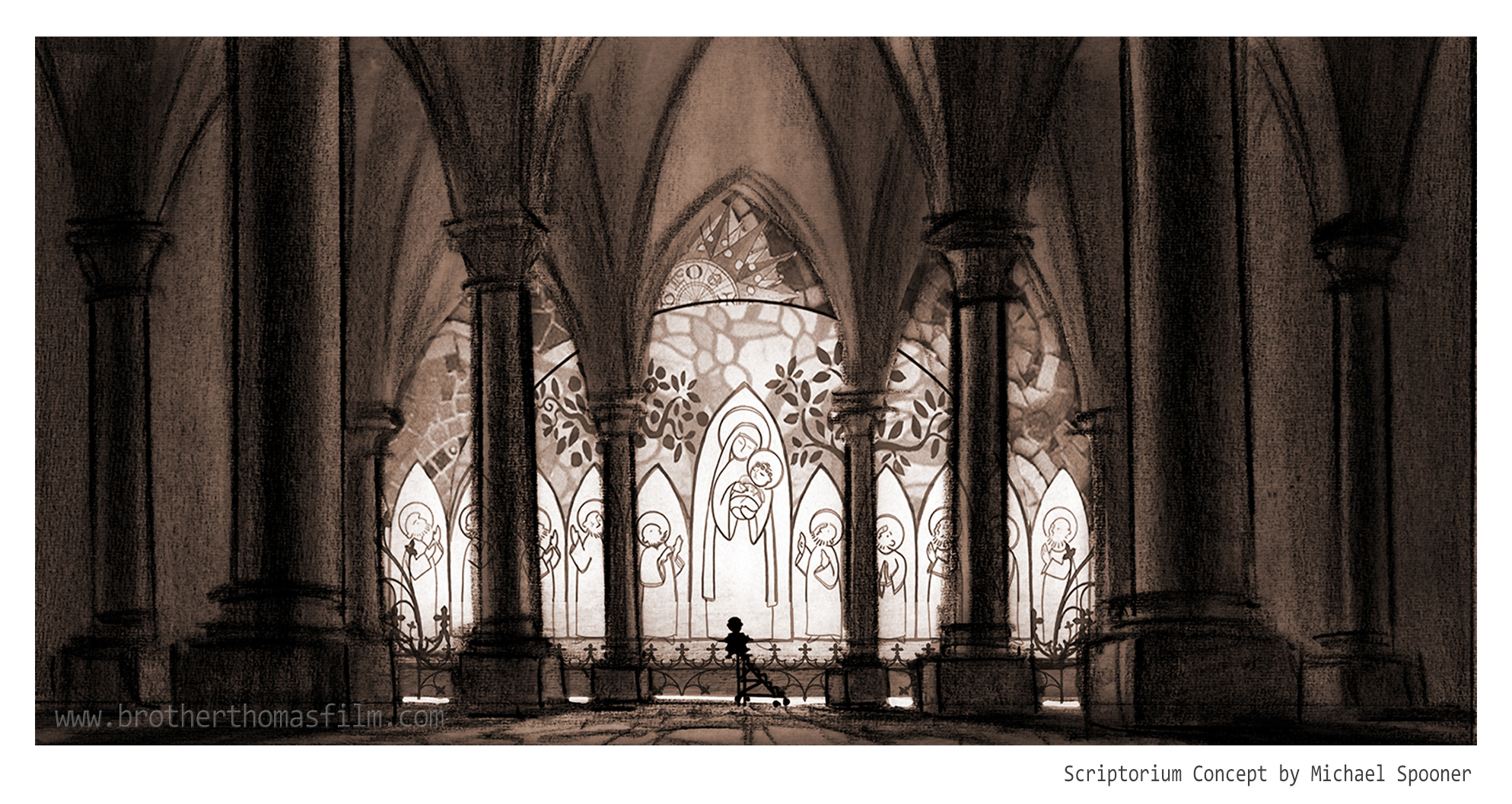 What if a monk found himself so taken with the wonders of the created order that he could never fully focus on the duties of his religious order? . . . and what if these distractions cast a new and purifying light on his sacred calling?

Brother Thomas is a monk whose occupation is to illuminate the pages of Scripture and yet his passion is for painting landscapes.  Each morning he makes his way to the abbey and finds the world filled with distractions.  His tempter, in the form of a brilliant blue dragonfly, keeps Thomas’ head spinning just long enough to coax him off the beaten path and into a world rich with wonder, subtle mystery, and breathtaking beauty.

The Temptation of Brother Thomas is conceived as a children’s film, yet as is true with the best of this genre, its themes and visual content are designed to fully engage an adult audience.

“St. Thomas was taking the lower road when he walked in the steps of Aristotle.  So was God, when He worked in the workshop of Joseph.”  G. K. Chesterton

Thomas Aquinas serves as both model and namesake for Br. Thomas, the films central character.  The richness of Catholic imagery provides both a visual backdrop and thematic baseline for this story to be told.   The Temptation of Brother Thomas pays homage to the role Western Christianity has played in art history and is a challenge to the contemporary mindset that would separate creation from the divine.  Thomas Aquinas was mis-perceived by his classmates to be dimwitted.  Yet his professors, upon reading his thesis and finding it brilliant, proclaimed “We call this young man a dumb ox, but his bellowing in doctrine will one day resound throughout the world!”  In his greatest work Summa theologiae (summary of Theology) Aquinas defends the pursuit of art, science, and philosophy as a great motivator and means to faith rather than an obstacle.

The Temptation of Brother Thomas pays tribute to many of the great aspects of Western art and acknowledges the church as their rightful steward in the following forms:

Illuminated Manuscripts: Br. Thomas by trade illuminates manuscripts magnifying the light of the four Gospels through images created on the very pages that the words are recorded, elevating the letters themselves into fantastic works of beauty.

Stained Glass: Mary and the Christ child, flanked by the Apostles, are enclosed in their stained glass niches and from there they watch closely as events transpire.   Ultimately it is the light that cascades through these windows that transforms Brother Thomas’ world and the scriptorium where he works.

Architecture and Statuary: At first the grandness of design and sheer weight of the Cathedral’s beauty make Brother Thomas feel small and inadequate.  The statues of the church fathers cast long shadows on Thomas, their history and somber demeanor are more than he can bear.   Yet as the film unfolds we find the Cathedral is strangely responsive to Thomas’s contributions which in the end are quite significant.

Music:  For the score of the film I will use some musical patterns and phrases from hymns inspired by St. Frances’ Il Cantico delle Creatures.

Stained Glass/2D-Digital Animation: The two dimensions of the stained glass scriptorium (digital 2D/motion graphics) serve as an icon, or window, which allows us a glimpse into the spiritual world where the Apostles, Mary, and the Christ-child reside.  There is a moment in the film where the stained glass Christ-child coos after the stop-motion dragonfly reaching out with his hand, and for a moment these two worlds almost collide. The Celtic tradition refers to Thin Spaces where the physical and the spiritual world come close enough to touch.

Illuminated Manuscripts/2D Traditional Animation:  Even the drawings that Br. Thomas creates come to life. At first Thomas carefully draws only what is required but in the end these images become a manifestation of Thomas’ ecstasy and a celebration of what he sees in the world around him.

“The films that I make draw heavily from my fascination with children’s literature and belief.   As an animator my greatest challenge is to capture the essence of children’s picture books in my films.  As a storyteller the themes that emerge in my work revolve around questions of self-discovery, creativity and spiritual awakening.”

Steve is the writer and creator of The Temptation of Brother Thomas. Much of the themes born out in the film are drawn from his experiences growing up as an artist in a religious community.  Originally the story and central character of Br. Thomas were conceived during his years working at Big Idea Productions on the “Veggietales” series.  In 2011 Steve received a research grant from the Lilly Foundation through Huntington University to further develop his story and to begin planning a model for producing it into a short film.

Steve originally studied animation, painting and drawing at the School of the Museum of Fine Art in Boston, MA. He has worked commercially as a stop-motion animator, model maker and layout artist.  He was the 3D layout supervisor on the successful “Veggietales” video series and the feature film “Jonah”.  Steve earned a Masters of Fine Arts degree at the Art Institute of Boston/Lesley in 2005.

Steve is the founding professor of two established Animation Programs and is currently teaching animation, story and filmmaking at Central Michigan University.  Steve lives in Midland MI with his wife Tami.  You can see more of his personal and commercial work at www.jsleeper.com.

Click here to see the growing list of artists and professionals getting involved in the project.  Were building quite a team!