Because Br. Thomas is rather portly there was a concern that his girth would interfere with the puppets ability to pose and bend.  Especially if he were cast as a solid block of silicone rubber.

The solution was to give Thomas a rigid set of “storm trooper underwear” that could suspend a piece of lightweight upholstery foam between his chest and hips to fill out his middle without inhibiting movement.

I started by cutting an upper and lower section from a casting of the original pattern (see Body Parts I) and grinding away a lot of excess plastic. Did I mention that Thomas is rather portly? :-).

Then I snipped away at a piece of upholstery foam. . . 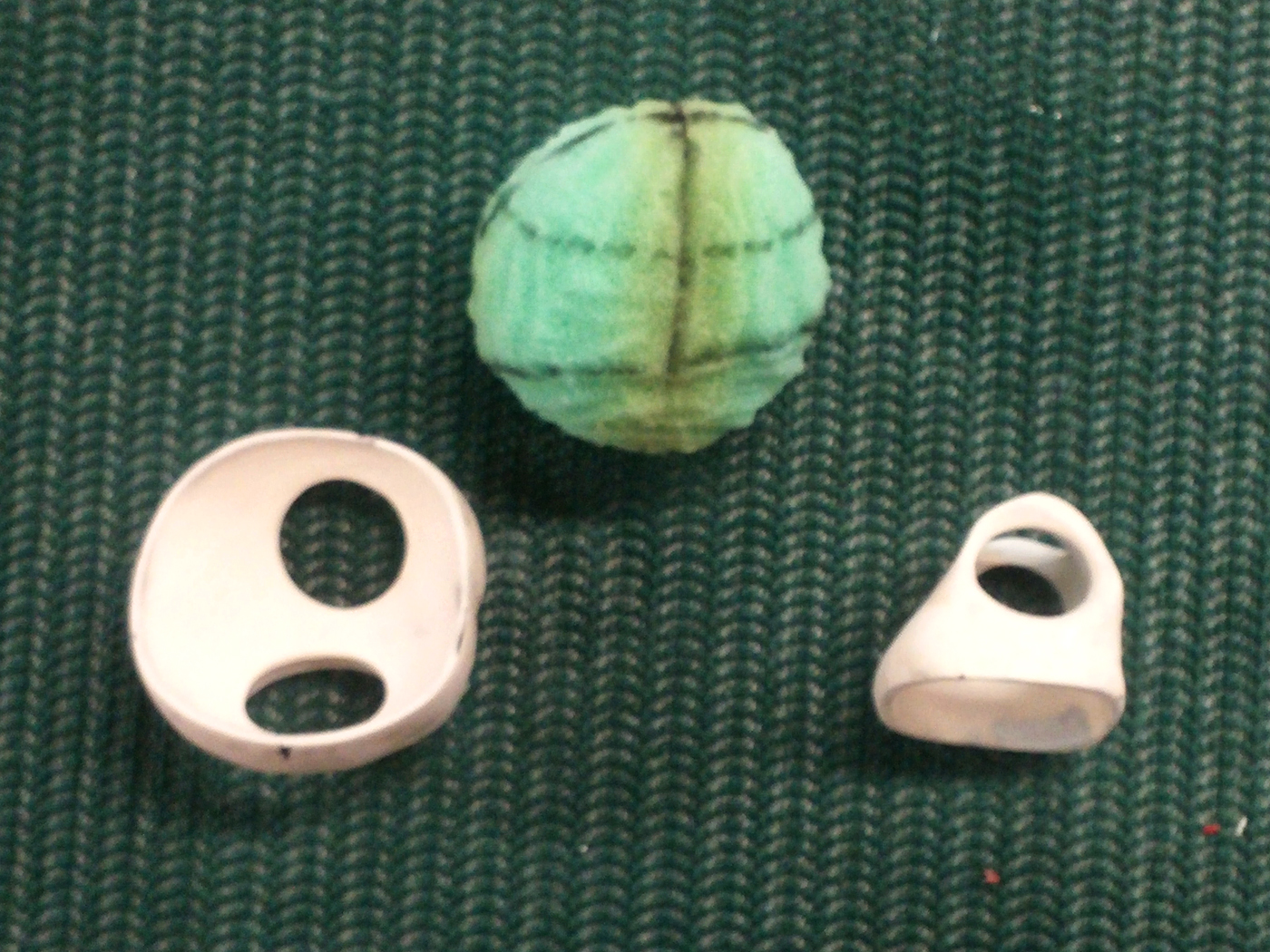 until between the three parts I had replicated Thomas’ trunk.  Only now they could compress and bend to accommodate an armature. 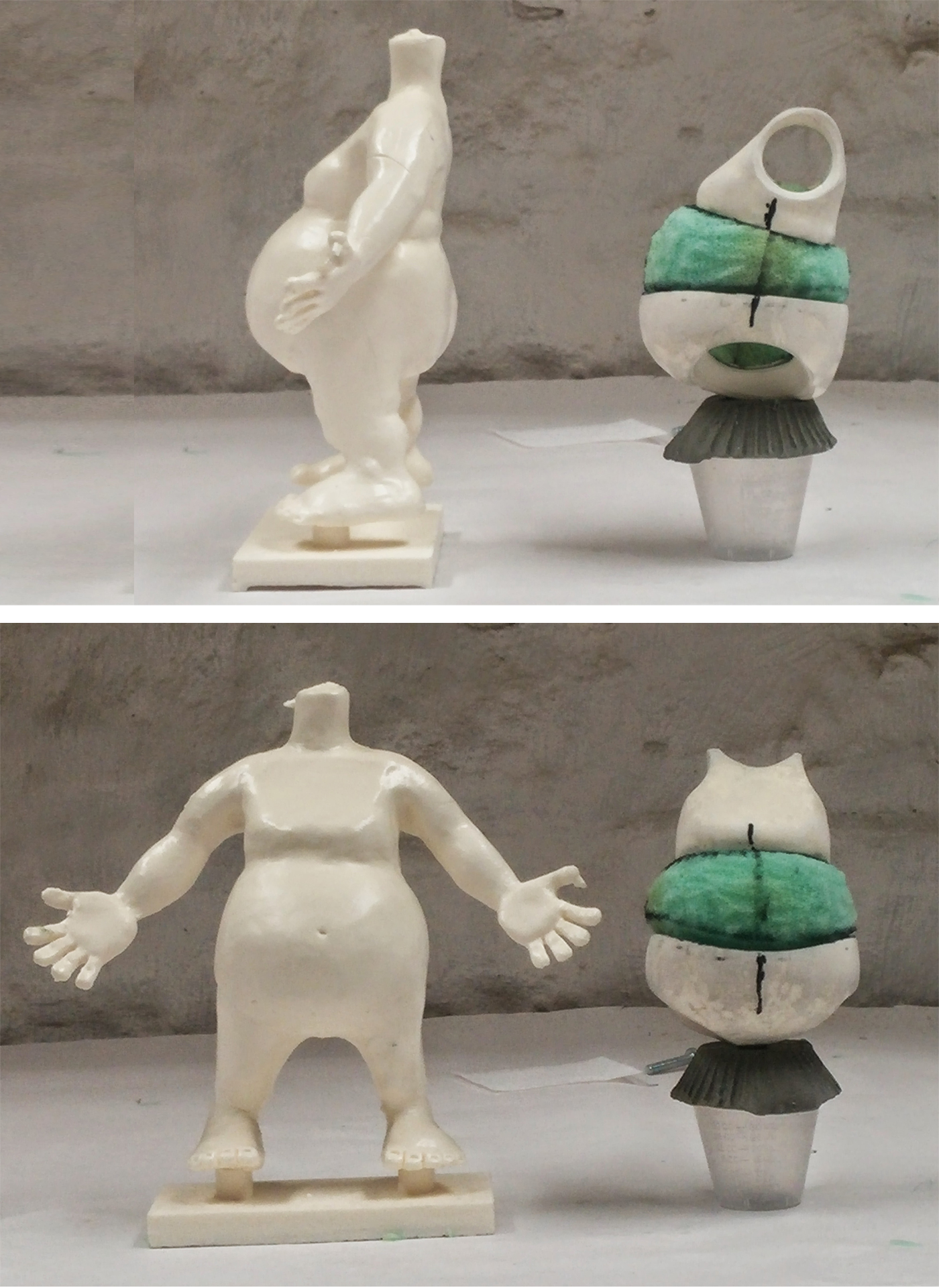