From a guy who’s been walking around with a rigid maquette for the past 12 years, you have know idea how satisfying it is to post these following images!

All I can say is THANK YOU FOR THE AWESOME ARMATURE BRENDA!

Brenda assembled this armature from existing parts that she had in her shop but you wouldn’t know it to look at it.  I gotta get me some of those spare parts. 🙂

Just look at those feet!  There’s even holes to wire each and every toe!

END_OF_DOCUMENT_TOKEN_TO_BE_REPLACED

Because Br. Thomas is rather portly there was a concern that his girth would interfere with the puppets ability to pose and bend.  Especially if he were cast as a solid block of silicone rubber.

The solution was to give Thomas a rigid set of “storm trooper underwear” that could suspend a piece of lightweight upholstery foam between his chest and hips to fill out his middle without inhibiting movement.

END_OF_DOCUMENT_TOKEN_TO_BE_REPLACED

The first step in building the Br.Thomas puppet was to create patterns for each of the body parts that would later be cast in flexible silicone rubber.

The images immediately below are a detail of a rough armature used to sculpt a hand and a detail of the finished hand pattern.  The beautiful thing about silicone rubber is that every wrinkle, bump and fingernail you see in the finished pattern will show up with amazing accuracy in the final puppet!

END_OF_DOCUMENT_TOKEN_TO_BE_REPLACED 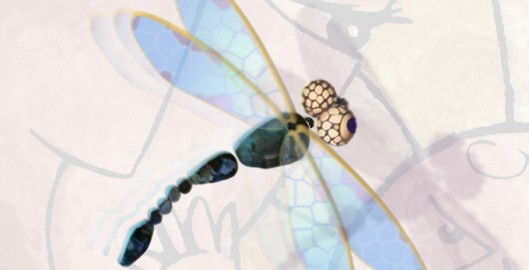 The image above is composited from an actual bead dragonfly ornament that I created when I sculpted the original Br. Thomas makette.

There’s something about the properties of glass beads that enhance the jewel-like quality of the dragonfly while still allowing his character to come through. Trying to animate him is a completely different matter.  This is where Computer Graphics (CG) come in.

The images below help to map out the transition from glass and porcelain to computer graphics.  CG Artist Jeff Morice has done a fantastic job of bridging the two media seamlessly.

END_OF_DOCUMENT_TOKEN_TO_BE_REPLACED 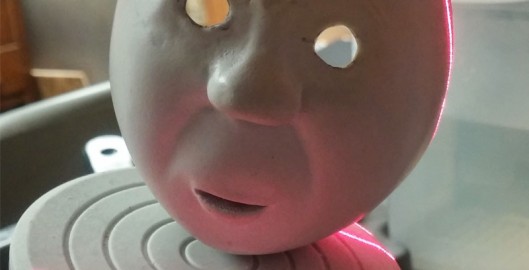 Getting the physical castings of the Br. Thomas’ mask and head base into the digital environment is the job of our 3D laser scanner.  Looks very sci-fi doesn’t it? 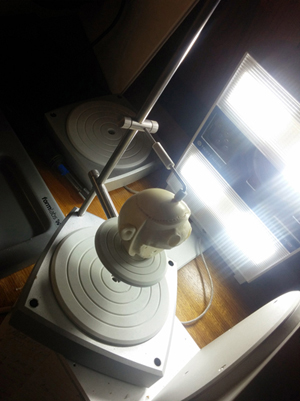 Once fully scanned into the digital environment budding CG Artist/Technician Alex will have to retopologize the mesh.  That’s CG geek talk for rearranging the wireframe from a strict honeycomb-like structure into something that will facilitate bending and sculpting for our animated expressions. . . but that’s at least a whole other post.

END_OF_DOCUMENT_TOKEN_TO_BE_REPLACED 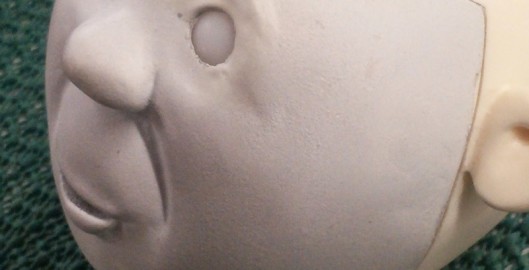 As part of fitting the replacement mask I needed to make sure that the eyeballs fit perfectly into the sockets in the base of the head.  This meant casting a silicone rubber version of the plastic eyeballs and pinning them to the inside of the replacement (ouch) and then casting the base for the head.  Hopefully the pictures will make a little more sense. 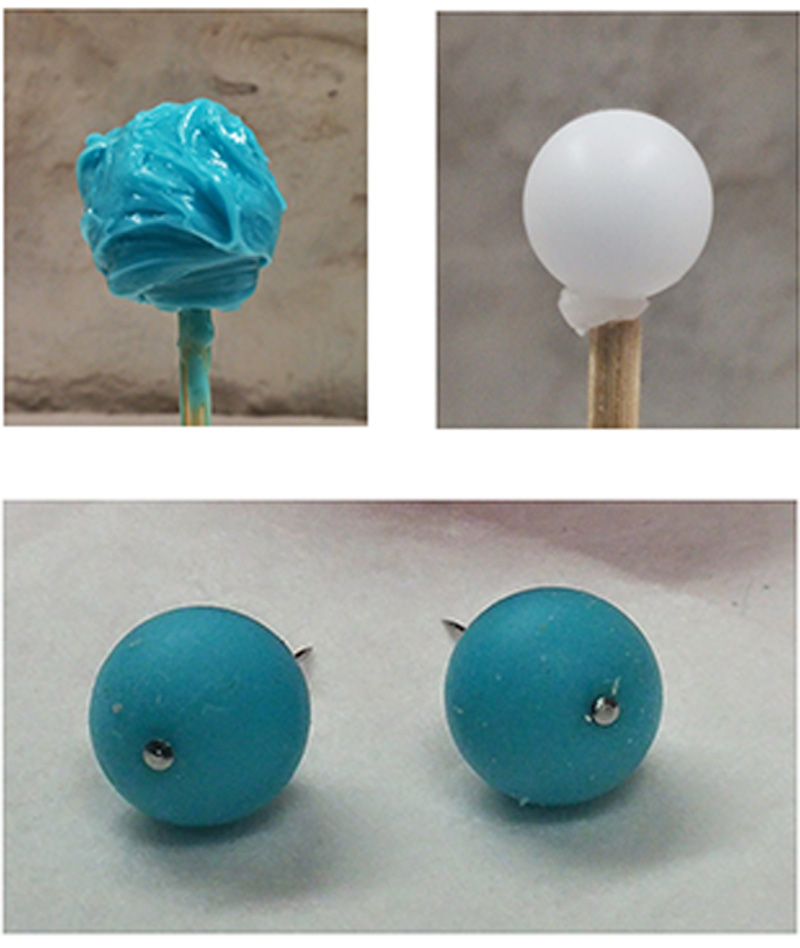 A HUGE thanks to Brenda Baumgarten at stopmotionsilicone.com for helping me step through this process.

BTW For those who are interest the gloppy blue lolly-pop in the first image is a brush-on mold making rubber by Smooth-on called Mold Star 16.  Pretty sweet stuff! 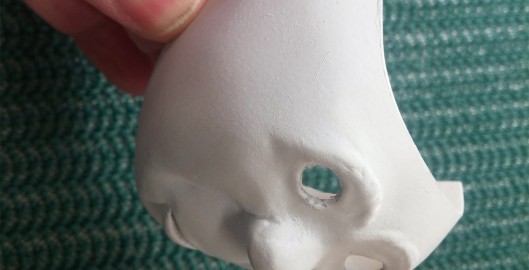 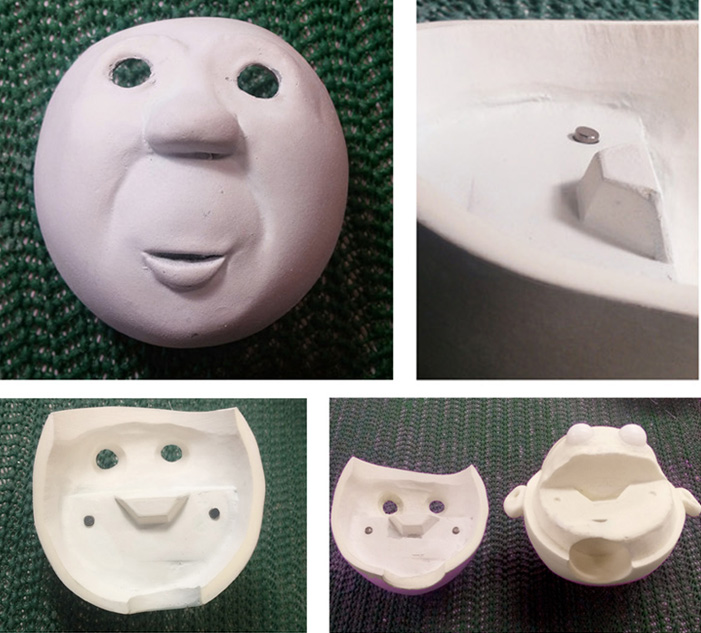 In up-coming posts I’ll be documenting the process of 3D Replacement Masks from casting the first mask directly from my original sculpture, to animating expressions in the computer, right through to the final stages of 3D printing and painting. END_OF_DOCUMENT_TOKEN_TO_BE_REPLACED

…and then there were three 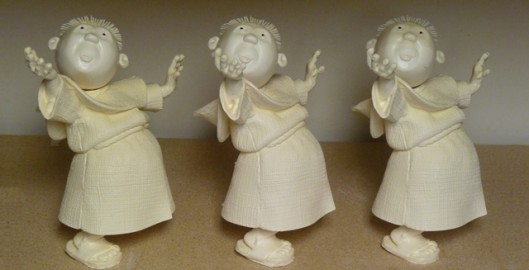 Things have been a little busy lately but I did manage to pull three good casts last week.