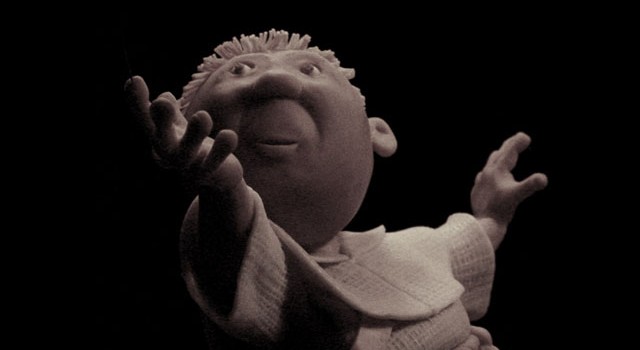 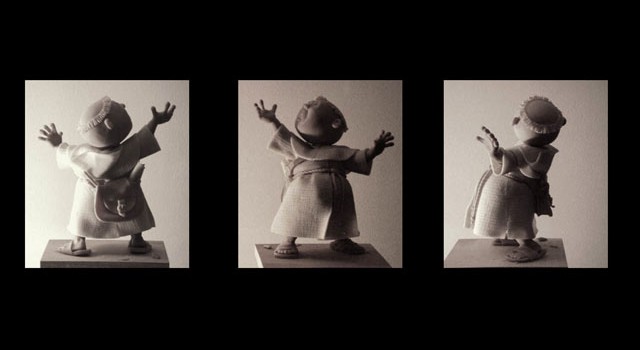 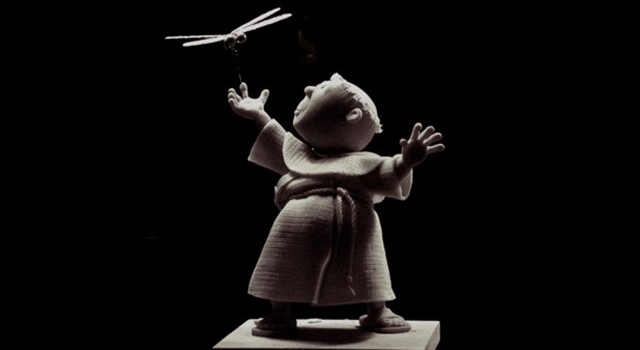 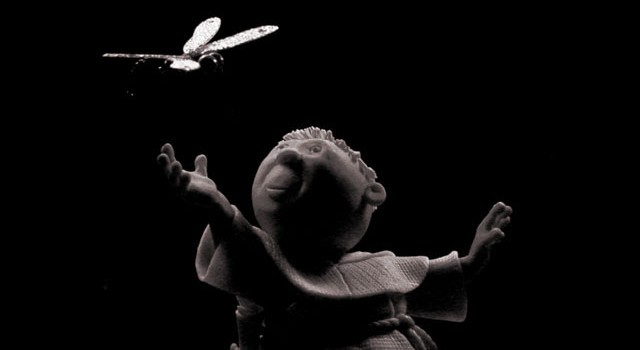 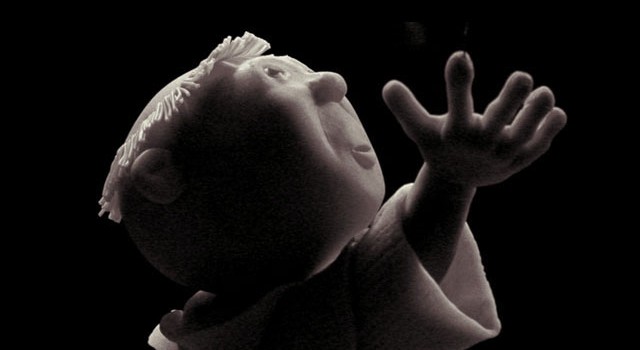 No Comments
By Steve Leeper

Most of you are already familiar with the maquette of Br. Thomas.   He’s been around for a long time.  Actually since 2001, shortly after I had written the initial story treatment for the film. Though there were many attempts at drawn character designs, by myself and other artists at Big Idea, Br. Thomas didn’t exist until he showed up one morning in my home studio.

14” tall, eyes filled with wonder, and staring at a glass-bead dragonfly.  I have vague recollections of armature building and pushing clay around, but honestly I felt like Gepetto that morning staring at the little monk for what felt like the first time.

His story doesn’t end there.  Shortly after his first photo shoot he fell headlong from the top of our new piano and lived the next 12 months in pieces in a cardboard box.   Sculpy was never meant for skydiving.  Since then he’s been rebuilt a number of times and gotten multiple hair replacements.  Just last spring, with the help of Rich Schiller I was able to make a silicon mold of the little monk and have since pulled a number of highly detailed urethane castings.  You can read more about the mold making and casting process on my blog.

He may look like a pretty face to you but very soon this little guy is going to work.  We’ll be using castings of the Br. Thomas maquette as references, and even patterns,  for the puppet making process.   Br. Thomas’ original head will be scanned and replicated in a 3D computer program to develop a full range of facial expressions while staying true to his original character.