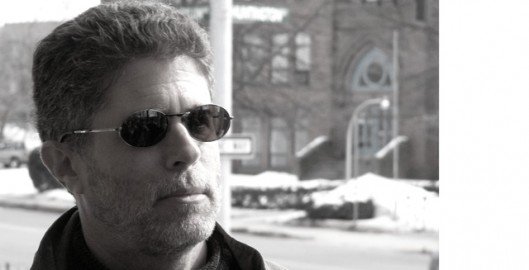 I am thrilled to announce that Brother Thomas has his very own Sound Designer!  (Odd for a monk who never speaks I know.)

Jeff Jacoby has recently signed on to the Brother Thomas project.  Jeff brings a long list of talents and a broad range of professional experience with him.  Jeff actively practices sound art, sound design, writing, directing and radio production.

For his work in radio, sound, and film, Jeff has received an Emmy, two Emmy nominations, two Benjamin Franklin’s and a host of other awards. His work has been heard on PBS, NPR, and commercial venues, as well as in festivals and art galleries across the country.

Jeff is a friend and collaborator from my grad school days at the Art Institute of Boston where he was the Sound Artist in the Visual Arts program. Having a fellow artist in the program solely dedicated to the design and execution of audio was an education in itself.  Jeff’s work consisted of guerrilla sound installations (I still expect to hear crickets chirping when I step into an elevator), richly layered sonic landscapes and outstanding sound design on a number of film projects, including a film I animated called Linedrawing.  Two of his current projects include Into Sonic Space and The Traveling Radio Show.

Jeff is an Associate Professor of Audio & Radio at San Francisco State University, and has served on the faculty and boards of Quinnipiac University, Real Art Ways, The Media Arts Center, and the National Radio Project.

You can learn more about Jeff’s fascinating career at jeffjacoby.net.