END_OF_DOCUMENT_TOKEN_TO_BE_REPLACED

This is the third and last installment of the story beats.  Brother Thomas wakes up in a field and finds that once again he is late for work AFTER blowing off the entire day before.  With great trepidation he makes his way past the august aisle of statues, up the stairs, and into the scriptorium….

You probably can’t tell from the beats exactly what happens next but you’ll just have to wait until I can board it.  In the meantime enjoy the pictures and the next time I post it will be with a first draft of the storyboards from the first act.

Click on the images to see the full page.

I’m coming to realize that I can’t simultaneously post finished images AND move the Br. Thomas project forward (not while having a family-life and keeping my day-job).  So for the time being this blog becomes a forum for posting works in progress. 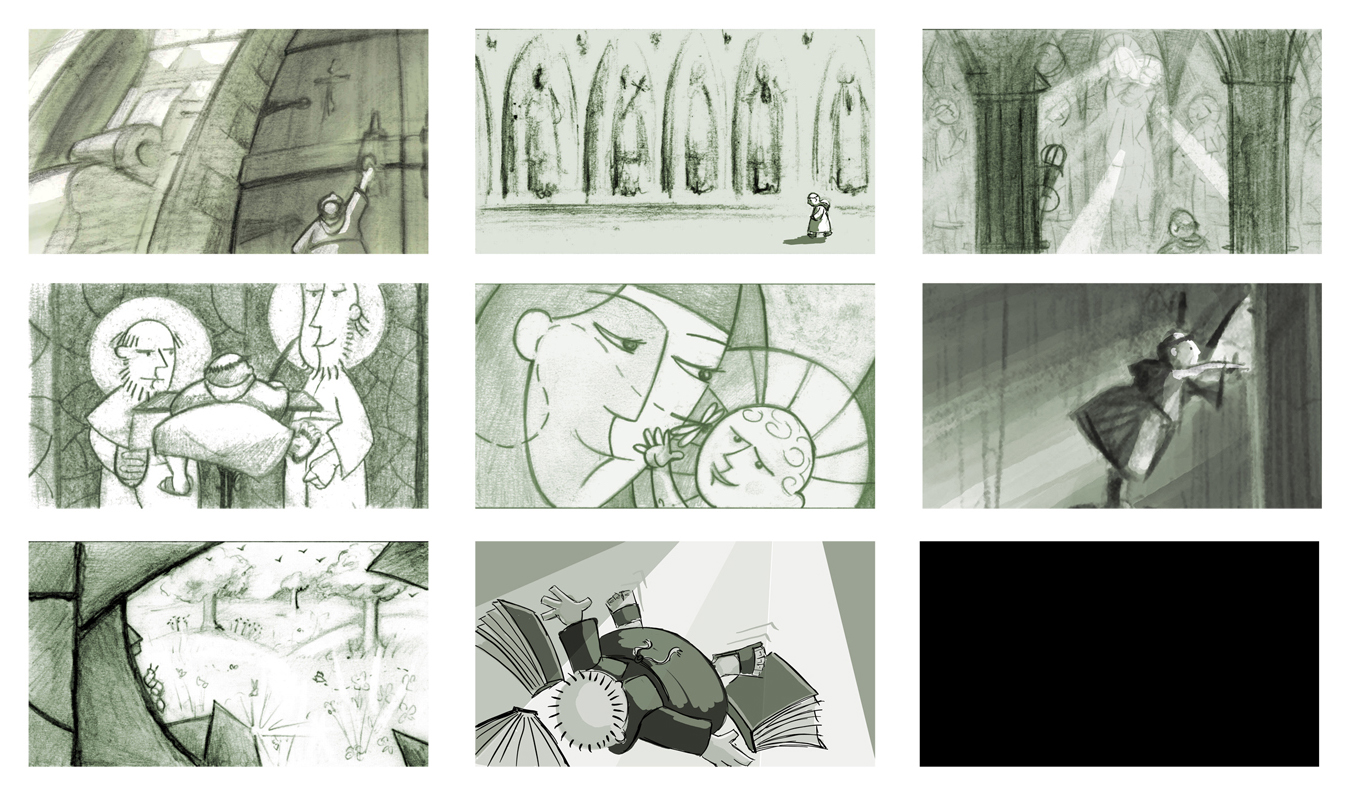 Here’ a page of rough beats for the first act.  This hits the major story points and starts to give some sense of cinematography and pacing to the piece.  I can’t wait to start refining these images and start filling in what happens between the beats.

Click on the images to see the full page.