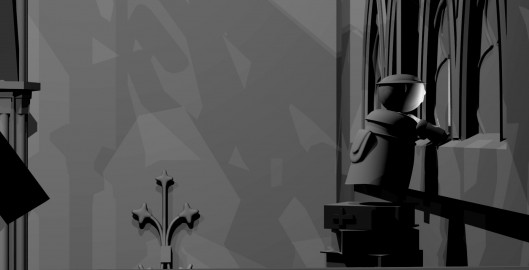 Kyle Murray built the scriptorium, BT character and props.  He also worked out Thomas’ blocking and set many of the cameras in the scene based closely on my animatic (or story reel).

The GIF file below is another comparison between the Animatic and a revisions in 3D Layout. Notice how the composition has changed and the background image has been shifted significantly to the left. The composition has dramatically improved and the proximity of Thomas’ easel to the saints has been changed to resolve some larger continuity issues.

Sometimes very little changes in the translation between 2D and 3D space, while other times the difference is significant.  Notice the radical change in composition and the additional background elements in the immediate comparison below while there is little to no change in the set that follows. All good things to know up front before building sets for stop motion. 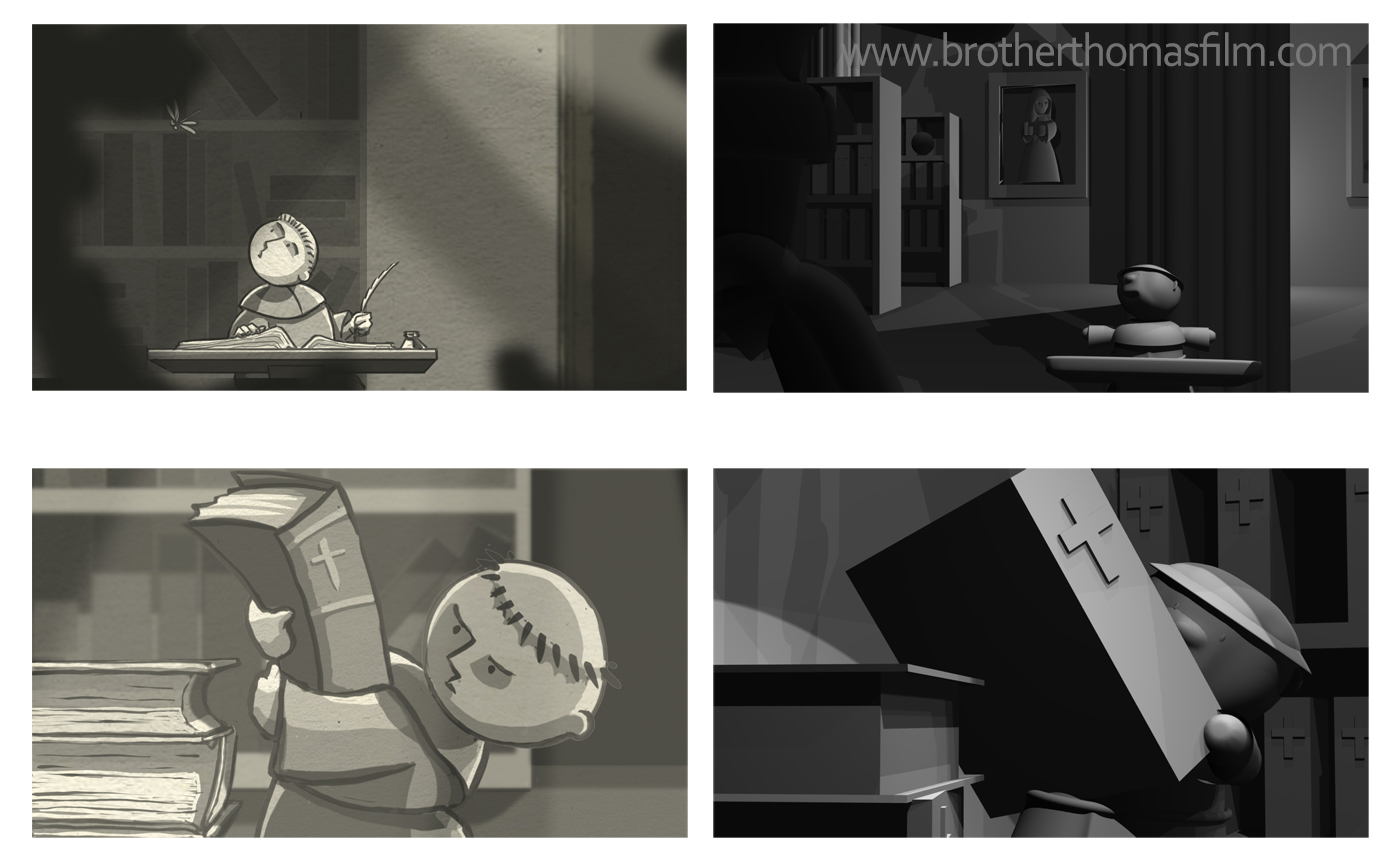 This last shot uses a camera move to evoke a solemn moment as Br. Thomas stares out the broken window.  Once we got into the 3D space we decided to extend the head of the shot to include the saints watching as the camera moved from the central scriptorium to Thomas’ perch on the windowsill.  The shot just got significantly more expensive but the pay-off will be worth it. 🙂